Spurs take on Leicester in the Premier League. This is the last Premier League home game of the season. Book your coach seat with Tottenham Hotspur’s official transport supplier. 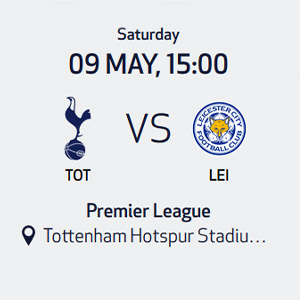