Due to lower demand for FA Cup games, we are putting on a reduced coach service for this match. The following locations are operating for this match. 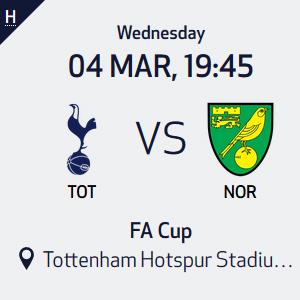